We’ve interviewed two of BMW’s top drivers this year to get their thoughts on the season, the races and how they’ve prepared going into a season like no other.

This Video is loaded through YouTube. Google is collecting information about your interaction with this Video by using cookies and may use this for targeting their offers. Please accept cookies in order to show the Video. 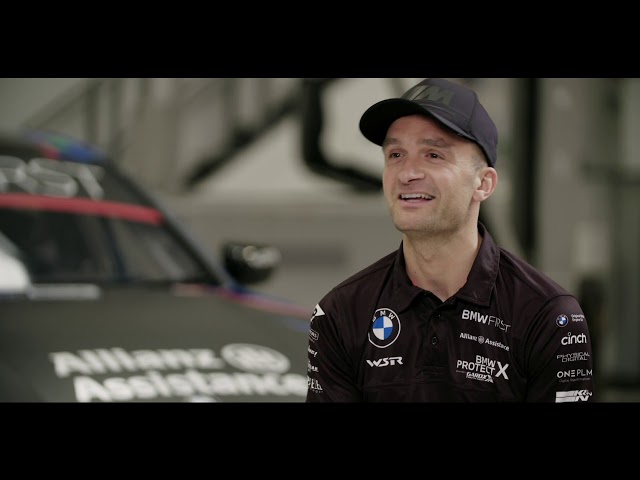 BMW drivers Colin Turkington and Tom Oliphant rank highly in the British Touring Car Championship race history. With wins under both of their belts, it was great to get some inside information from them about 2020’s season with BTCC.

Watch the video interview above or read the interview transcript below to find out what we spoke about at West Surrey Racing.

Question 1: “Colin, you’re one of the most successful British Touring Car drivers ever, are you feeling extra pressure going into this season?”

Colin: “Everything that’s happened up until now is in the past and in the history books, thankfully those championships are there. I’m sure most of the drivers feel pressure, it’s the pressure you put on yourself to perform and get the results. For me its just another season and another chance to go out and try and win, whilst having fun and enjoying the season.”

Question 2: “How have you prepared for this years’ British Touring Car Championships?”

Tom: “Well, this year has obviously been a bit different to most years. I felt really refreshed and revived before the season even started. So, mentally I feel I’m in a better place than ever and my on-track performances have proven that.”

Colin: “I’ve been doing British Touring Car for quite a long time now and it seems to come at me quicker and quicker. Especially when you win the championship the previous season, there are a lot of extra commitments that come through during the winter and it felt like 2020 was just coming so fast upon me. In a way it was nice to have that extra few months just to take my foot off the gas and properly build my energies back up again and be ready to go. So, I’ve felt more energized to do this season than I have in a long time.

Question 3: “Out of the three races over the course of the weekend, which one is your favourite as I know they are all quite different on approach aren’t they?”

Colin: “Probably race two, I’m warmed up by then! Race one can come quite early for me, but, I’ve been quite successful in the second race for whatever reason. I think because we’re up to speed, the car is in the groove and we’ve got a bit of the weight out and that’s the time of the day that we can push forward.”

Question 4: “Which track is your favourite and why?”

Tom: “My favourite track in the UK is always Donington. I really do love the flow of that track, it’s got some medium speed corners, it’s got quite a bit of elevation change, old hairpin is a pretty challenging corner especially in a touring car. It’s just a really good, fun track that suits my driving style.”

Colin: “Croft. It’s always been Croft. I have a really strong record there, I think more wins than any other driver. Somebody has dubbed me “The King of Croft” which does induce some pressure every time I go back there!”

Question 5: “The livery of the new car, stunning. Allianz [Assistance] right at the front of the car on the sponsorship side of things. What do you make of it?”

Colin: “It’s my favourite yet. I’ve witnessed quite a few West Surrey Team BMW liveries and there have been some great ones. But, I think for 2020 it really is outstanding. When I first saw the designs for this it was a straight tick in the box for me. I think it looks mean on track and it looks fast. All the sponsors branding stands out really well.”

Tom: “I’m really pleased that BMW decided to make a big statement from previous years and change the livery. Allianz [Assistance] being at the front of the car in a focal point, right next to the BMW emblem. I think the car looks mega. I flew straight back from Australia to see the car for the very first time to take the pre-race photoshoot and I was blown away. I think everyone else has really enjoyed seeing it on track.”

Question 6: “What are your top three tips for people driving on the road?”

Tom: “The biggest recommendation is to make sure your vision is still as good as it can be. Having good lightbulbs in the car and using them effectively and making sure you are looking far ahead. The biggest mistake when it starts getting dark, murky and grimy is that people don’t look as far ahead as they should do and you can see hazards more often, it’s more likely there are going to be puddles or leaves on the road or unusual things that you might not normally see, like black ice.

It’s important to take everything a little bit slower. Break a bit earlier, accelerate a bit later and more gently. Racing drivers always talk about vision. Just look as far ahead as physically possible and try and read the road as best you can.”

Question 7: “Do you have any funny stories on four wheels? Road car, race car?

Colin: “There’s a lot of stupid stuff that I’ve done! The first one that springs to mind is when I first came over to the UK to race. I’d only just got my driver’s licence and flew into an airport, hired a car on my Dad’s work insurance. I was going to Donington Park, never been there before. So, I typed Donington Park in the sat-nav, but Donington with two ‘n’s. So, apparently there’s a Donnington Park down south near Newbury, and that’s probably about two hours away from the Donington Park by East Midlands airport. I spent that day driving around the UK trying to find this race circuit, that I did eventually come upon. So, that’s one of the many stupid things I’ve done.”

If you’re interested in learning more about the British Touring Car Championships, you can visit the news section of their website here.  Alternatively, if you want to hear more from the interviews at West Surrey Racing, visit the Allianz Assistance Automotive News and Advice hub to hear what the drivers had to say about driving in winter and top advice for car maintenance from the pit crew at WSR.